includes:
-One General Admission Concert Ticket
-Access to The HU’s VIP Meet & Greet At The Show*
-One Individual Photo Opportunity With The HU*
-One, VIP Only Laminate, Autographed by The HU
-A $25 Tour Merchandise Credit**
-Priority Entry into the Venue
-Priority Merchandise Shopping
-Limited Availability

*meet & greet + photo opportunity may be socially distanced, masked or converted  to a fully virtual model depending on covid 19 guidelines at the time of your show. **merchandise credit must be used on site at the show you are attending. 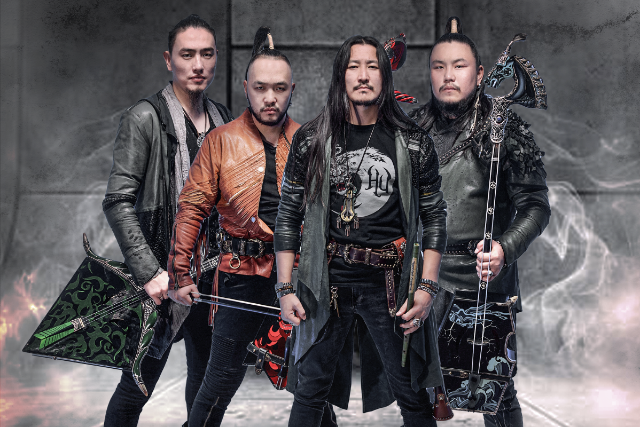 The Hu
The HU is a band from Mongolia that blends heavy metal and traditional Mongolian throat singing.  Their first two videos (“Yuve Yuve Yu” and “Wolf Totem”) immediately went viral garnering the band over 18 million views.  The explosive reaction to The HU resulted in a number of features about the band in international media such as NPR, ET India Times, Playboy Mexico, Jack Canal+Fr, Hong Kong 01, DW News Germany and others.

The band’s name The HU, is the Mongolian root word for human being.  They call their style “Hunnu Rock”…inspired by the Hunnu, an ancient Mongolian empire, known as The Huns in western culture. Some of the band’s lyrics include old Mongolian war cries and poetry.

Founded in 2016 in Ulaanbaatar, Mongolia by their producer Dashka, along with the members Gala, Jaya, Temka, and Enkush. The HU combines Rock Music with traditional Mongolian instrumentation like the Morin Khuur (horsehead fiddle), Tovshuur (Mongolian guitar), Tumur Khuur (jaw harp), guttural throating singing and the bombastic bass and drums of rock.  All four members have earned Bachelor’s or higher degrees in music and have several years of touring experience throughout Asia and the Pacific Rim.

Since the formation of the band, they’ve been working on their first album, The Gereg.  The word Gereg was used as the first diplomatic “passport” by the Mongol empire during the time of Genghis Khan. The album contains nine songs including the recently released “Yuve Yuve Yu” and “Wolf Totem”, and is slated for release in 2019 on Eleven Seven Music. 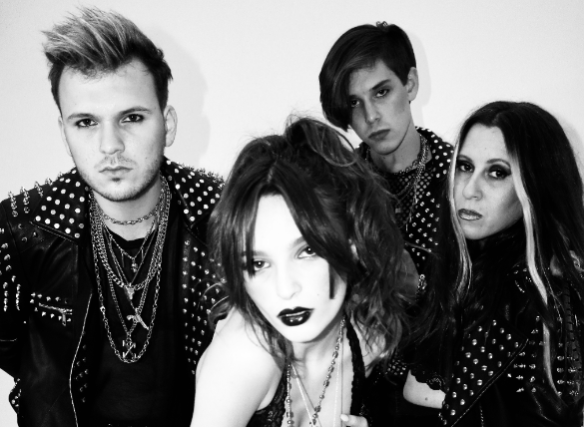 The Haunt
The Haunt conjures a wild, youthful and stylish indifference that reflects an era when rock n’ roll was ‘by and for’ the beautiful outcasts. Led by siblings Anastasia (18) & Maxamillion (22), the group creates a strong bond with fans through their live shows and online, by encouraging confidence and authenticity.   Their Alt-Rock-Pop sound elicits a feeling of both classic and contemporary rock/pop icons who have influenced their music, and denies any claim to chasing trends.   The band released their self-titled debut EP in 2018, produced by Josh Diaz, and Maxamillion Haunt. After touring with Palaye Royale throughout late 2018 and early 2019, the band spent time recording their sophomore EP “Social Intercourse” produced by Matt Good.   “MAKE ME KING” the first single off of the band’s debut full-length album, out now!!!