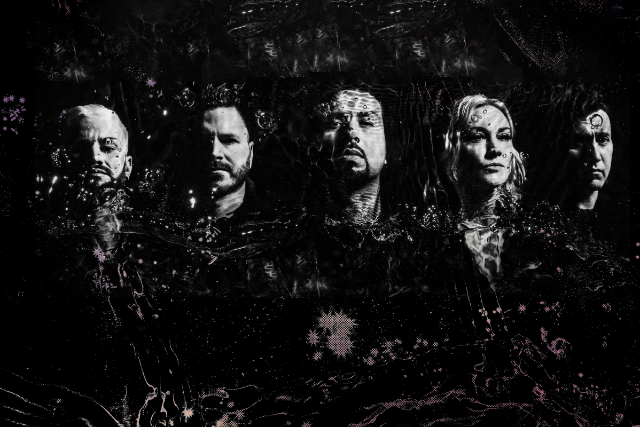 Pop Evil
POP EVIL has been a staple at major festivals and in theaters and clubs for over a decade, despite the group’s relative youth. As they’ve ruled the roost with No. 1 Billboard Rock singles like “Trenches”, “Deal with the Devil”, “Torn to Pieces”, “Footsteps”, and “Waking Lions”, they’ve taken their inspired message to the people, on tours with modern rock titans and veteran acts alike. The band bunkered down in Los Angeles in the winter of 2019 to put the finishing touches on the yet to be titled new album due out later this year via Entertainment One (eOne). The band also enlisted new creative teams of producers and collaborators to emphasize the uniquely varied aspects of the band’s sound. As “Let The Chaos Reign” and “Work” might suggest, the contrast and fearless genre-defying cross-cultural pollination have never been stronger than on album number six. The preproduction process yielded close to 30 songs, whittled down to the most potent 12 that represent everything POP EVIL is about. 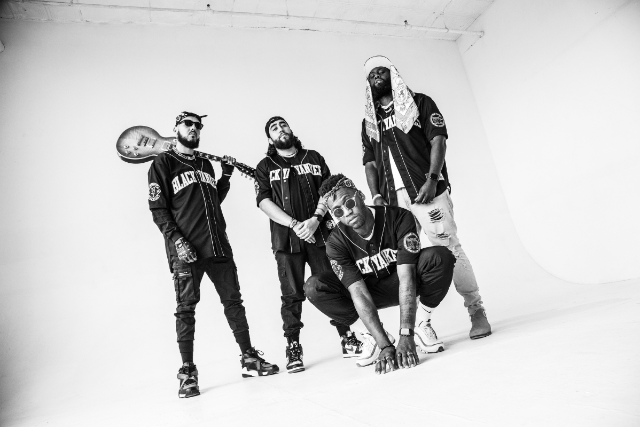 When you think about Alternative music Oxymorrons undoubtedly come to  mind. The New York-based boundary-pushers have made a name for  themselves in the spirit of change - building a movement from years of being  told they were too rock for hip-hop, too hip-hop for rock. They boldly  committed to creating music that defies arbitrary rules of classification,  cementing the band as early pioneers of the modern genre-blending  revolution.

Oxymorrons are no stranger to the big stage. They have toured and shared the  stage with the likes of Lupe Fiasco, Fever 333, Fishbone, Gym Class Heroes,  OutKast, Neck Deep, Waka Flocka, Antiflag, Rihanna and more. They have  also graced the stage at notable festivals such as Riot Fest, AfterShock,  Warped Tour, Afro Punk, Firefly, SummerFest and Funkfest to name a few.  Their high energy performance and versatile sound makes for a potent  combination that never disappoints.. They have received co-signs from  Billboard, Kerrang!, The Fader, Alternative Press, Complex, Hypebeast, Ebro  of Beats 1 Radio, Daniel Carter BBC1 Radio and many more. They have also  found synergy in brand partnerships with Dr Martens, HUF, Microsoft, Taco  Bell, Hot Topic and beyond.

As one of the acts in Jason Butler’s (Fever 333) Artist Collective ‘333  Wreckords Crew’, Oxymorrons have expanded their sound with the release of  their EP ‘Mohawks & Durags’, putting forth a Creative, Powerful and Unique  sound thats much needed in not just the Alt-space but music in general. “We  have a lot to say with Mohwaks & Durags, and it's more than just content, it's  about what it represents in a space we and many other BIPOC artist have  faught so hard to again acceptence in. Says Dee. It aligns with the movement  regardless of who accepts it or not.

Although 2021 was the year of uncertainy, it was still a very productive year  for Oxymorrons. They expanded their fan base by releaseding an EP and  crushed two national tours during the fall. They’re now in prime position to  bring the noise in 2022. Be on the lookout for their next single and much  more....you have been warned. 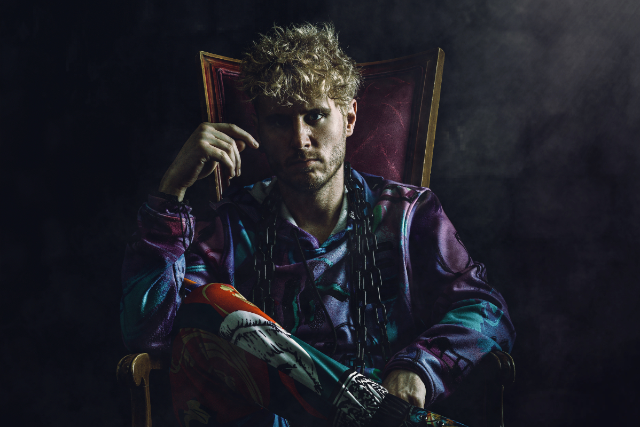 Not much grows north of the Arctic Circle, except dreams and psychosis. Born to an Alaskan  drug house protected by a pet wolf, Zillion nurtured both. It’s the classic call to all who destroy  or create. Tell your story or your story tells you. Zillion learned to surf his avalanche, to climb  out of the belly of the whale, and turned his dirt into fertilizer to grow something that only  blooms in the face of darkness.

This awakening birthed a dark genre-less musical journey that explores the pliability of the  human mind, the ringmasters we espouse as gods, the fragility of innocence and beauty, and  the polarity of our emotions and the distortions they illuminate. It spawned a show, as if Cirque  Du Soleil hired Andre Leon Talley and David Lynch as co-artistic directors. Zillion redefines live  theater as Alive Theater. Sight, sound, smell, touch, and a story that pollutes your soul,  dropkicks your gut, and highjacks your imagination, altering you forever.

Zillion is a puzzle to solve, a magic trick to be revealed, a doorway into a mad world that  defiantly makes more sense than the one we live in. It’s a preying canid on stage, stalking us  like our DNA, haunting us in our hometowns, possessing us through the people we love. If all  the world’s broken toys made a community, Zillion would be their playground.