Electric Happy Hour (Live)
--
This show currently has no COVID safety requirements for attendees. This is subject to change. If this changes we will be sure to update this page as well as notify all ticket buyers via email. 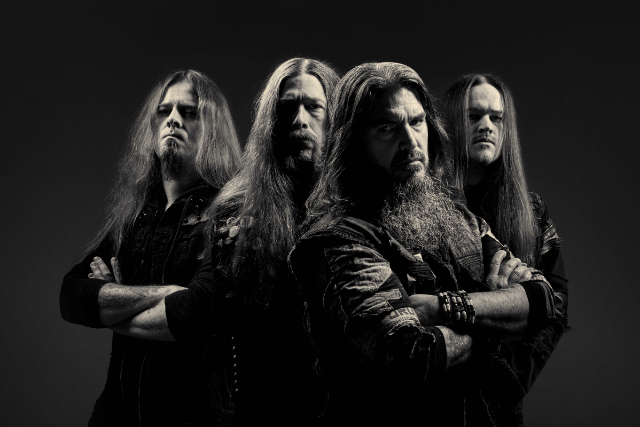 Machine Head
Undisputed masters of murderous riffs, pugnacious grooves and ferocious hooks since 1991, Machine Head are long established as one of the most influential and incendiary bands in the metal world. Exploding into the world’s consciousness with 1994’s seminal Burn My Eyes album, the now legendary Oakland crew brutishly redefined what it meant to be heavy, incorporating a wild array of influences into some of the sharpest and most brutal metal anthems ever written.

Nearly three decades later, the band founded and led by vocalist/guitarist Robb Flynn on Oct 12, 1991 at a Metallica concert, (at the end of a 7 year, 4 album stint as lead guitarist in both thrash metal pioneers Forbidden and Vio-Lence) has amassed an extraordinary catalogue of classic albums, while routinely enhancing an already formidable reputation as one of heavy music’s most powerful and relentless live bands.

Exploding into the consciousness of metalheads worldwide with their seminal 1994 debut album Burn My Eyes, the band led by singer/guitarist Robb Flynn have consistently raged against the grain, producing a steady stream of lead-heavy but fiendishly inventive modern metal records that have both defined and redefined the sound of metal in the 21st century.

From ground-breaking triumphs like 1999’s The Burning Red to the planet-conquering might of 2007’s The Blackening, which saw the band traverse the globe several times as headliners and as main support to both Metallica and Slipknot, Machine Head have remained at the forefront of heavy music with ease.

Meanwhile, their reputation as one of metal’s most potent and unifying live bands has long been beyond dispute. Recent years have seen Machine Head gaining momentum and confidence. The release of 2014’s universally lauded Bloodstone And Diamonds album and the subsequent birth of Machine Head’s ‘An Evening With’... shows – several hours of Machine Head, no support band, guaranteed fan satisfaction! – have all added fuel to the band’s already blazing fire.

Machine Head have continued their exhilarating evolution, while never losing the furious spirit of their old school, underground roots. Impervious to trends and proud to stand alone: Machine Head is still the bulldozer that crushes all!