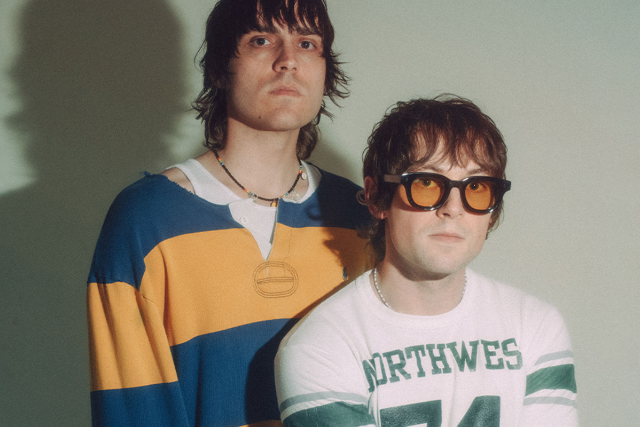 joan
Making mellow pop with an earnest spirit and glistening '80s new wave and '90s R&B-influenced production, joan is the duo of Alan Thomas and Steven Rutherford. Their first EP, portra, arrived in 2018, drawing favorable comparisons to the 1975 and LANY. They have continued to evolve, embracing a vibrant blend of classic boy band and contemporary pop sounds, as on 2020's Cloudy and 2021's dual Hi and Bye EPs. They also paired with singer Josie Dunne for the moody 2022 single "Point."

Both natives of Little Rock, Arkansas, Thomas and Rutherford met when their prior bands shared stages in town. They began writing together in 2016. The duo's debut as joan, "Take Me On," appeared early in 2017 and was followed midyear by "Love Somebody Like You" and in December by "Tokyo." Sticking to a consistently mechanical sheen, sentimental tone, and yearning vocal delivery, "I Loved You First" was released in March 2018, shortly before they kicked off a string of U.S. tour dates in support of Geographer. Featuring two versions of "Take Me On," their first EP, portra, arrived that July.

After partnering with indie label SNAFU Records, they were back with more songs in 2019, including "Drive All Night" and "One More Touch." A move to Photo Finish Records resulted in the EP Cloudy in mid-2020. The following year saw the duo release the companion Hi and Bye EP's, which found them exploring themes of falling in love (Hi) and heartbreak (Bye). More singles arrived in 2022, including "Don't Wanna Be Your Friend" and "Point" with Josie Dunne. - from AllMusic.com