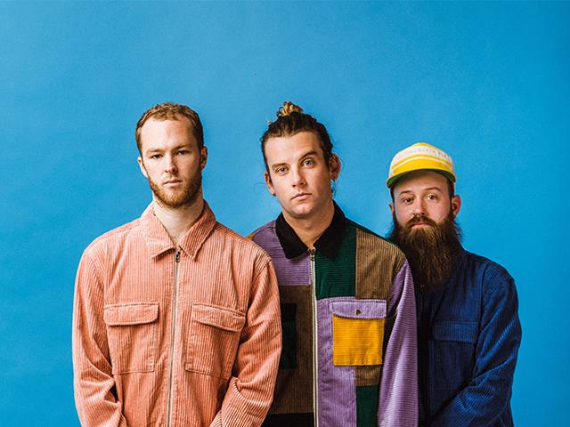 Judah & The Lion
Judah and the Lion's Revival comes at a moment of rejuvenation and evolution for the band, both personally and professionally, with a world looking to get back to normal. Judah Akers and Brian Macdonald return with the band's fourth album that aims to channel the energy and spirit presented at the beginning of the group’s journey.

Revival is a collection of songs that speaks to the band's return to innocence and hope through reclamation. They look inwards on life’s changes as a group that still finds energy in innocence after touring for 8 years and reaching heights on the Billboard charts and earning awards like iHeart Music’s Best New Alternative Rock Artist of the Year in 2018 .

"It's learning to let go of things that are out of our control," Judah said, reflecting on working with his therapist through anxiety and depression. "Finding purity in life again. For all of us, we're gifted innocence when we're born, and at some point in our lives, be it through choices or tragedy, innocence is robbed. Second innocence is where we're not given it, but we choose to take it."

In their last release, Pep Talks, Judah processed the loss of stability with his family. In the leadup to Revival, he was able to process his grief and anxieties alone in his home. The band toured nonstop for eight years, giving the project everything they had. Being primarily on the road prior to 2020 created a misunderstanding of where they were individually and their connection to feeling at home.

"Being home and not getting to mask my emotions with being on tour and being around crowds was big," Judah said. "It's an easy distraction because you can avoid dealing with it emotionally. You can get on stage and perform, and everything's fine."

Brian also had a journey in finding peace and putting in work to feel complete in a different emotional environment. His wife attended a graduate program in Sweden, thousands of miles from the home they made. As the world slowed to a halt, he had to find comfort in Visby Island's cold, lonely, and grey terrain.

"The big thing for me was re-learning what ‘home' means," Brian said. "Leaving my home and trying to make a new one and realizing that home wasn't a physical place for me."

When they came back together, their fulfillment alone proved to change not just themselves but how they fit together. Founding member Nate Zuercher informed them he was leaving the group, changing dynamics for a group of friends making music together for over a decade. Brian picked up the banjo, trying his best to fill the void Nate left but making his playing be his own and offering a new style.

The loss of a key member helped Brian and Judah grow further in reinvigorating their partnership. It brought new energy to their songwriting and collaboration. In the Fall of 2021, Judah & Brian invited their longtime friends and touring musicians with them to record at Echo Mountain in Asheville, North Carolina.

"It was one of the most fun times we had in the studio," Brian said. "There was a lot of freedom to it, and it felt like a retreat. We were all in it.”